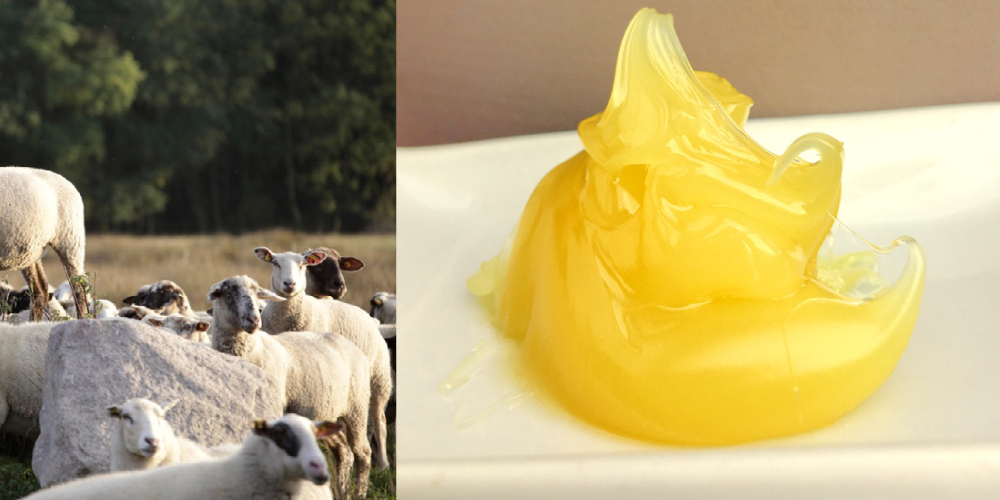 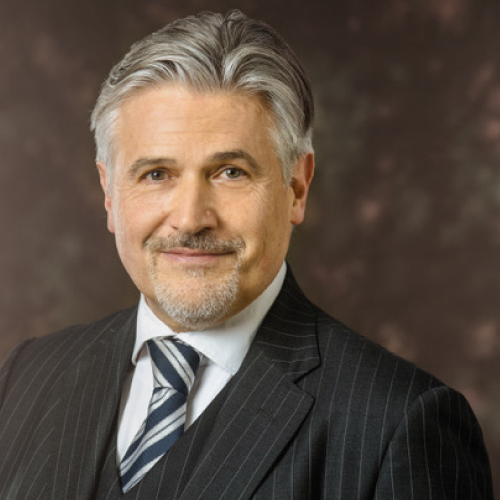 Interviewer: For thousand of years one of people’s main goals is to stay young. Can we buy youth?

Andrew Kawalec: In this fast moving world people are increasingly lo- oking for a fast and easy solution for everything, and the marketing fra- ternity encourages this by trying to have us believe that with money we can buy anything. Reality is however that not everything can be bought.

Men and women have always been searching for ways of staying young and keeping themselves looking younger. This is of course so- mething that we cannot do as the simple reality is, life is a linear pro- cess and there is only one direction. Instead of trying to stop or reverse the process, we should start by getting up every morning and enjoy- ing the feeling of being alive because after all: “Today is the first day of the rest of your life”.

However, what we can do is to slow down a little the speed of ageing in a natural way. Our skin is the biggest organ in our body, which ac- counts for approximately 16% of a person’s body weight. It regulates us, protects us and is alive, therefore it needs to be nourished from within and without. A healthy and balanced diet will feed your skin from within, whilst well chosen moisturising and hydrating products will help keep the skin soft, supple, full of life and fully fit to deal with all our daily challenges. In this way our skin grows and develops with us, in a natural way.

I.: We are looking for new technologies and nano molecules, instead of getting back to basics proven to be true for centuries. Why is that?

A.K.: Every generation tries to improve on or advance on what the pre- vious generation has been able to achieve. This is human nature and a natural and even necessaryprogression.

Unfortunately this has given rise to the thought, and in some areas the attitude that everything new and developed now is modern and good, while everything that has passed is old and bad. This is simply not correct!

As much as the new, we should not forget the wealth of wonderful things and treasures that havebeen learned and discovered in previous genera- tions, tried and tested, and passed down from generation to generation.

I.: What have made you to dig into the issue of such an old-fashioned ingredient as lanolin?

A.K.: I think it is fair to observe that lanolin has been neglected as an in- gredient for over the last 20-30 years. Perhaps this is due to the negati- ve perceptions of past allergies or more recent negativity to animal by- -products and the popular vegan trend. Also, in my opinion, it has not been promoted by lanolin manufacturers in that time, and as a result it has been taken out of many old fashioned formulations and is absent in new formulations. If we don’t take over the role of promoting lanolin to the manufacturing chain at an early stage, why should others do it?

I am passionate about lanolin. I would like to re-invent lanolin, through new design and new formulation, make it fit for the future, and incorpo- rate quality of the highest standards currently achievable. To bring back attention again to this wonderful and trusted natural ingredient, that has brought true benefits, and has been caring to skin over generations.

Lanolin has been used successfully by people for thousands of years. The ancient Egyptians were using lanolin on their skin about 8000 years ago and its’ presence can be found in various cultures for the next millennia.

My first acquaintance with lanolin took place when I was 17 years old. In 1978 I hadjust left school and started my first ever job at a wool merchan- ting company in Bradford, England. At that time Bradford was rightly known as the wool centre of the world. Wool had played an important role in the development of the UK and indeed had brought great fortune to the UK over many hundreds ofyears. As an example – at the turn of the century in around 1900, Bradford had more millionaires than London! At that time, I worked in a wool sample room. I had to send samples of wool to customers all around the world. To give thisyoung new employ- ee an idea of what wool is, I was sent to work in the wool sorting depart- ment for several months to gain first-hand wool experience. At that time there were 20 wool sorters employed to sort greasy wools, which came in after being bought at the weekly local British wool auctions. The sor- ters separated fine wool from coarse, long wool from short, took out un- desirable vegetable matter (vegetation clusters and other contamina- tion such as and urine andstained wool, etc.) to make required standard wool qualities in preparation of further processing.

I was allowed to work with Dixie, the head and the most experienced sor- ter. He was about 65 years old, a mild natured man with a lifetime expe- rience in sorting wool. I remember at that time that his wrinkled face se- emed to this 17 year old as extremely old or ancient, except for his hands. I still remember vividly to this day looking at his hands which, were pink and soft. I remember asking him: “why your hands are so pink and soft?”. He said to me: “That’s from the lanolin in the wool grease, I’ve been sor- ting wool since I was 14 years old, and there’s nothing better in the world for your skin than lanolin”.

After completing my wool training and specialization as an export salesman, I found more experience and employment in England and Germany in special fibres such as angora, silk, alpaca, cashmere and mo- hair. The need to travel and see the world became stronger. I worked as the sales director of the mohair spinning mill in Port Elizabeth, South Africa and then returned to the wool industry again in theBre- mer Woll-Ka- emmerei (BWK) in Bremen, Germany. In 2009 self-employmentcalled, as Bremer Wollhandelskontor (BWHK) was formed with partners, with whom I still work with to this date in a consultant capacity.

My commercial involvement to lanolin started by accident in 2011. I was asked to help an ex-colleague of the BWK, and personal friend, as an Ita- lian specialist. I was asked to help him to secure wool processing machi- nery available in Italy,through a complex tender development process for a Singaporean company that was building a new wool washing and combing factory in Malaysia. After 18 months we were successful and 212 x 40 foot containers of machinery went by sea to Malaysia.

After completing the project, I was asked to join the Singapore sales team of the lanolin company, responsible for key clients in Europe and later in North and SouthAmerica and Africa. To help facilitate that busi- ness I formed in 2015 a company in Germany called Lankind GmbH and later after the co-operation with Singapore ceased in 2017, I formed my present company LanEsters GmbH end 2017, specialising in Lanolin and Cholesterol products.

I.: Where lanolin is welcome and plays an important role?

A.K.: As mentioned before, lanolin has been around for thousands of years, but it was only commercially ”discovered” in the early 1900’s. At this time, it was noted that lanolin has special properties such as a moistu- riser, emollient, emulsifier and binder. Rich in lipids – its’ dermatologi- cal structure was discovered to be similar to that produced by the seba- ceous gland in humanskin. It had also been noticed that lanolin forms a convenient suspension when mixed with water which can be easily absorbed by the skin, making it smooth and soft, and also helps pre- vent the skin from dehydration and the formation of fissures. Lanolin also proved to be very useful in reducing wrinkles by boosting the ela- sticity of the skin and effectively supporting the skin barrier. As a result, lanolin has been extensively used since then in the pharmaceutical and cosmetic industries. 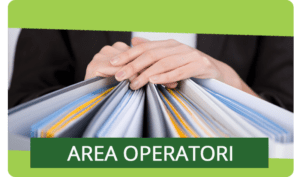 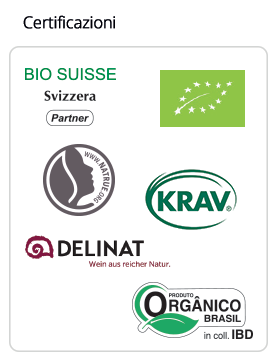 This website uses cookies to improve your experience while you navigate through the website. Out of these, the cookies that are categorized as necessary are stored on your browser as they are essential for the working of basic functionalities of the website. We also use third-party cookies that help us analyze and understand how you use this website. These cookies will be stored in your browser only with your consent. You also have the option to opt-out of these cookies. But opting out of some of these cookies may affect your browsing experience.
Necessary Sempre abilitato
Necessary cookies are absolutely essential for the website to function properly. This category only includes cookies that ensures basic functionalities and security features of the website. These cookies do not store any personal information.
Non-necessary
Any cookies that may not be particularly necessary for the website to function and is used specifically to collect user personal data via analytics, ads, other embedded contents are termed as non-necessary cookies. It is mandatory to procure user consent prior to running these cookies on your website.
ACCETTA E SALVA
Avviso Importante 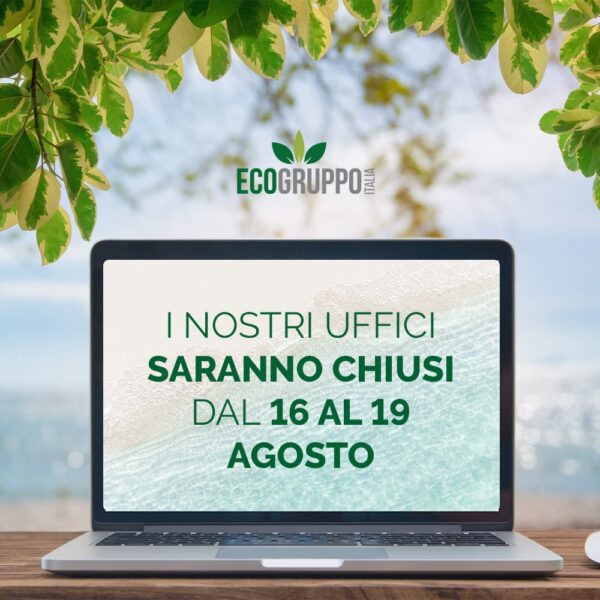